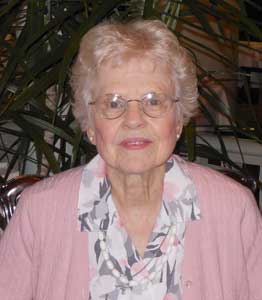 I come from a long line of Southerners, and grew up surrounded and steeped in racial prejudice, which I didn’t even recognize as such. It was just the way things were, and I didn’t question it. Once when I went out with a group on Halloween, we didn’t get home until after dark, and my mother was almost hysterical when I returned. I couldn’t understand why, until I pinned her down and learned that she was convinced that black men lurked behind every tree just waiting to spring out on young white girls and “ravish” them. She almost died from embarrassment at having to explain what she meant by “ravish.” I didn’t really believe it was as bad as she said, but it made me cautious about being home before dark, which was a good thing. But it was just another instance of fear and the feeling of white superiority that was prevalent in our culture.

When I was sixteen, the 1939 World’s Fair was being held in New York, where my aunt Nina, Mother’s sister, lived. She invited me and my cousin Ross, who was at boarding school, to come stay with her for a week and see the Fair. I was excited about going to New York and talked about it with friends. One of them said “You know, up there, colored people can sit anywhere in the bus. What will you do if one sits down in the seat by you?” I answered indignantly, “Why, I would just stand up, give him a look, and change seats.” It seemed that that would just be my duty, to represent us “superior” Southerners.

I arrived before Ross did, and Aunt Nina arranged a date for me with the son of a friend of hers. We went out, and had a good time – he was a college student – oh glamour! – and interested in art, as I was. The next day he called and asked me out to dinner. He said that he knew an artist who lived in Greenwich Village. He and his wife, also an artist, had invited us for drinks before dinner. They had a lot of their art in their apartment, and he thought I would be interested in seeing it. Of course I would – this would be an exciting event in my life.

When we arrived at the address, there was a door at street level, then a steep narrow stairway leading to another door at the top. My date let me lead the way, then he reached from behind me and knocked at the door. In a moment it opened a bit, and to my horror, I saw a dark brown arm in the crack. Horrors! What could I do? At first I was furious that my date had arranged this, knowing that I was a Southerner. Then I realized that he had probably heard during our conversations what my feelings were about race, and had planned this deliberately. I was so angry, but what to do? I felt that manners prevented me from making a scene, so I’d just have to make the best of it.

The door opened fully, and there was a nice-looking colored man extending his hand in greeting. I shook it – having no choice – and he introduced me to his wife, also colored. They were kind and gracious, served us drinks (a Coke for me), and showed us their art displayed throughout the apartment. For the first time in my life, I saw a colored person as a person, not just an anonymous inferior.

That experience changed my life. I didn’t speak out for civil rights or make any black friends, but from then on I knew that people were people, no matter what color. When integration took place in the sixties, I did speak out and join with a group to help make the transition in the Atlanta schools a smooth one, and I am proud to say it was.